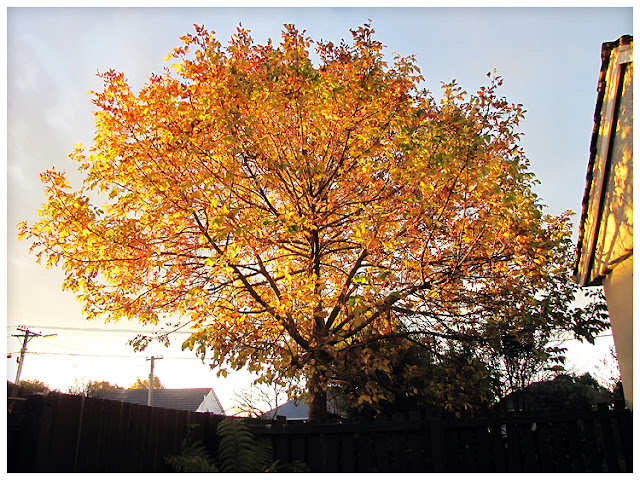 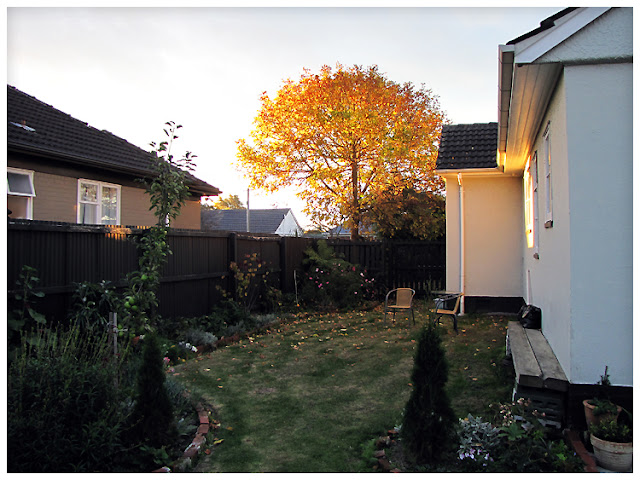 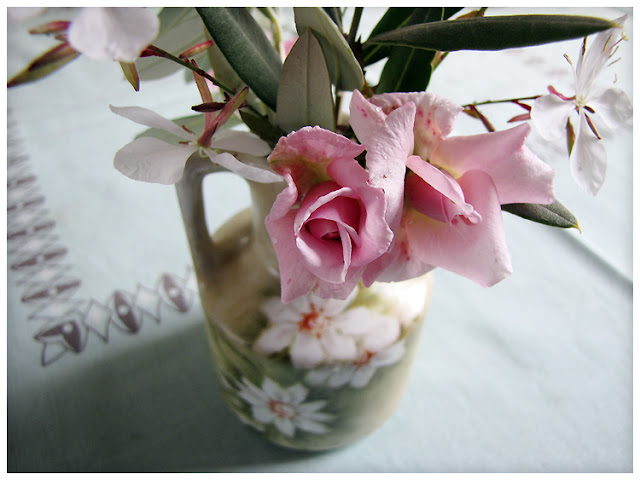 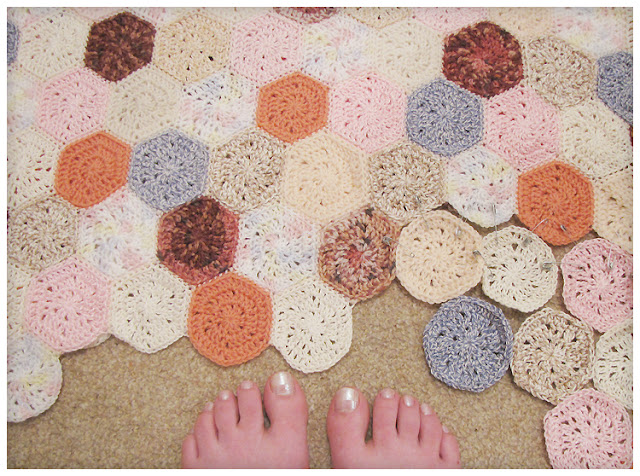 Autumn light is just incredible. Especially when the setting sun catches the leaves of my favourite unnamed tree, setting them alight in a blaze of gold which literally dazzles. For a few minutes at the end of the day, everything is golden.

The roses are mostly finished but I found a couple of Cecille Brunner buds which still bear a slight fragrance. They look extra sweet in a vintage handpainted vase. They sit next to me while I work on my summer patchwork quilt blanket, and I feel that I'm holding winter at bay for just a little bit longer...
at 22:06 No comments: 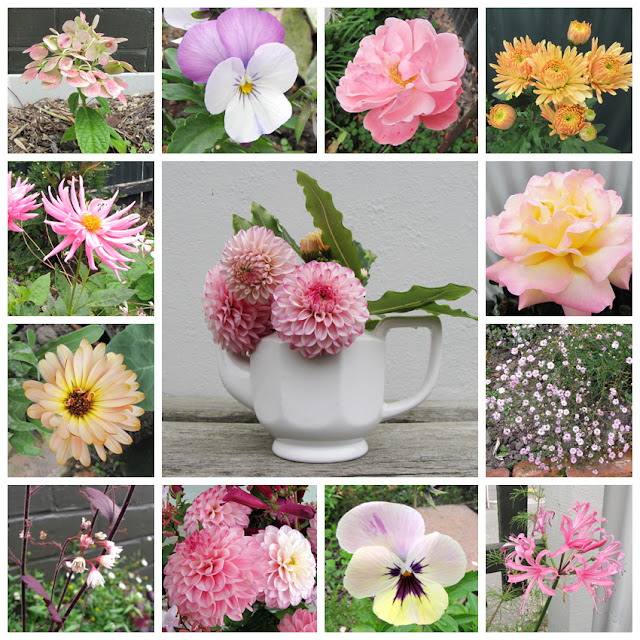 This month I still have dahlias and roses. The chrysanthemums are opening peachy orange, though to my relief they fade as the season progresses. Spiky pink nerines have unfurled amongst the cosmos foliage, and the hydrangea fades to a vintage tone.

The weather has been crisp at times but we are still having plenty of warm days. The garden is enjoying itself right now...

Linking up to Garden Bloggers Bloom Day.
at 20:58 9 comments: 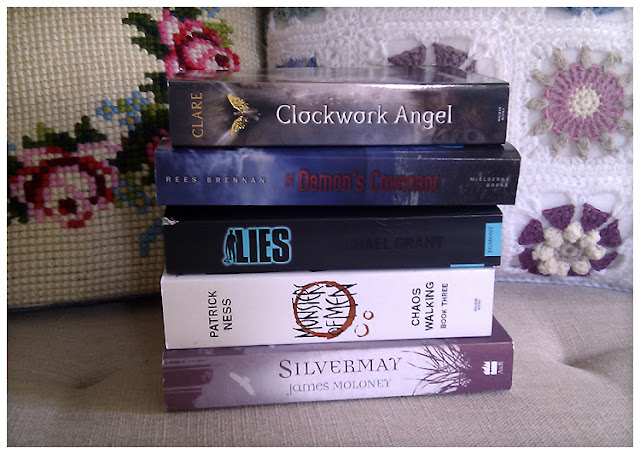 So I've begun hoarding books for winter. Normally I wouldn't buy so many because the library is fine, but I hit the motherlode at Whitcoulls a couple of weeks ago (2 books for $2.00 each and one for $5.00) and I'd already ordered one off Fishpond and one off Trade Me. Most of these are for series I'm slowly collecting because it's rare that I'll actually buy a book that I'm not sure I'll enjoy - that's what the library is for. So, from the top we have:

Clockwork Angel by Cassandra Clare - the first in the Mortal Instruments series. I haven't actually read this book or any in the series, but it was cheap on the sale table and I know it's quite popular, so I'll give it a go.

The Demon's Covenant by Sarah Rees Brennan - second in the Demon's Lexicon trilogy. I enjoyed the first in this series with its mix of magic and supernatural elements and plenty of wisecracks reminiscent of a Buffy episode. Bonus points because the main characters (two brothers who fight demons) remind me of another of my favourite shows, Supernatural.

Lies by Michael Grant - third in the Gone series. I got totally hooked on this series about a small town in California where one day, everyone over the age of 15 suddenly vanishes. Those left behind have to somehow survive without their parents, and to top it all off some kids start developing freaky powers. These books are somewhat on the horror side but very compelling - think Stephen King.

Monsters of Men by Patrick Ness - book 3 in the brilliant Chaos Walking trilogy. I managed to read this series in order from the library, a rare thing, but I knew I had to own it! I already have book 2 but the first book hasn't popped up anywhere cheaply enough yet.

Silvermay by James Moloney - first in a trilogy. Fantasy/magic/adventure/romance. This book seems kind of hard to come by, perhaps because the author is Australian it hasn't been released widely in the northern hemsiphere. I snapped it up off Trade Me.

Well that's me set for the next week or two, after that I'll be off to the library. What are you reading right now?
at 17:24 2 comments: 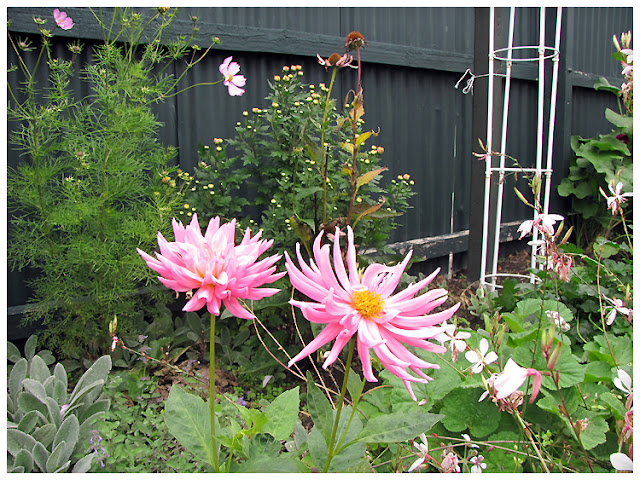 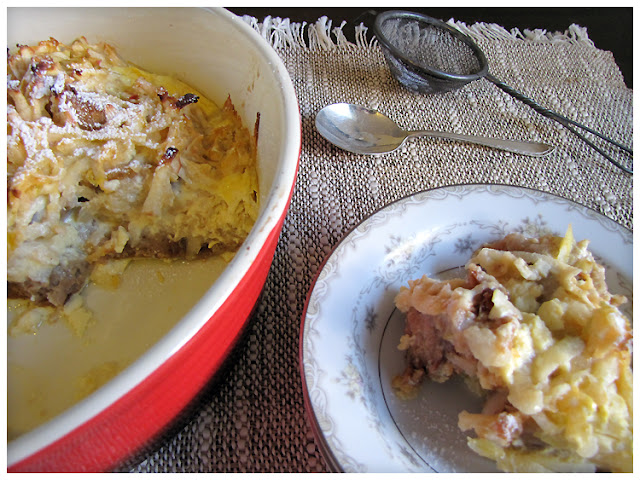 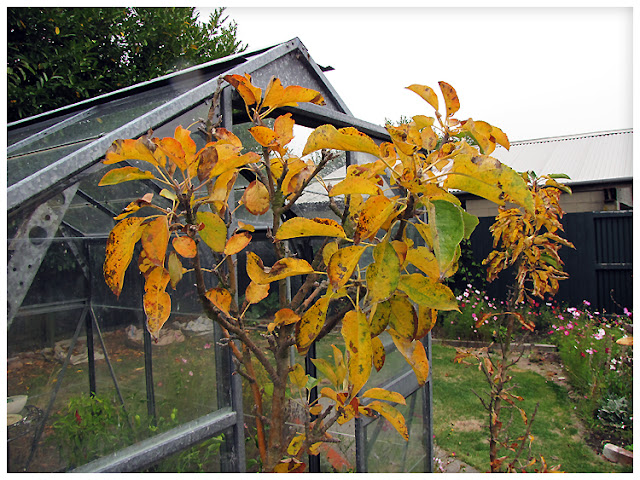 Now that daylight savings has ended and the evenings are darkening, I can't deny it: winter is coming. I'm trying to adjust but I always find it difficult in the first couple of weeks, when the nights are crisp but not yet freezing, and I have the feeling that if only it wasn't pitch black outside there's so much I could be doing. Even inside it's hard to settle, when each room requires heating and curtain pulling, so I pace a lot and stare at the curtained windows. It's hard to focus and impossible to decide which project to pick up, let alone work on it.

My book hoarding urge is very strong right now. I want books I know I will enjoy and I also want comfort - blankets, cushions, the fire going, bright lamplight. Baked puddings with custard.

Sitting on the couch, a book in hand, a blanket on my feet and a cat nearby... there are certainly worse ways to spend an evening!
at 20:56 No comments: