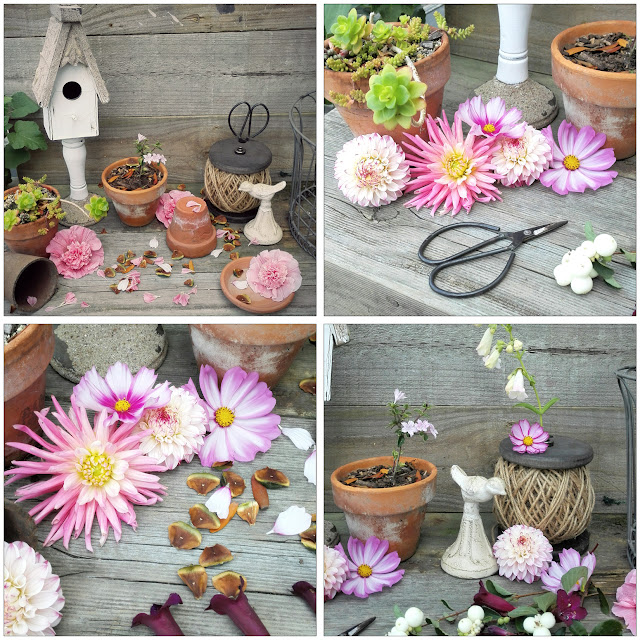 Hi all, here is the update from the month of April! Weather wise it was a perfect late summer month. If daylight savings didn't end right at the start of the month and the dark evenings start creeping in, you wouldn't realise it was autumn! Ok, well looking around the garden might give you a clue. All the late summer favourites are there... dahlias, cosmos, hollyhocks... but berries and seed heads are also starting to appear, marking the seasonal transition. 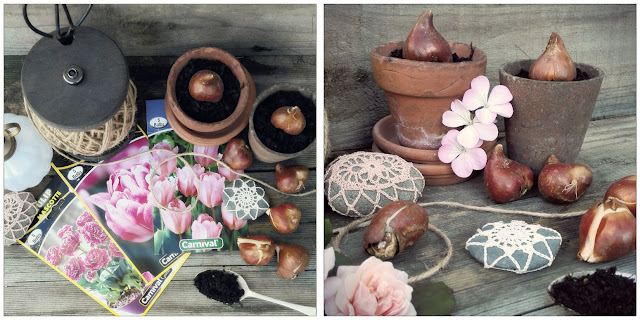 I bought three packs of tulips from The Warehouse - they had a great selection this year. I planted up a couple of pots to go outside the front door, and I'll put a few amongst my spring bulb selection lining the driveway. 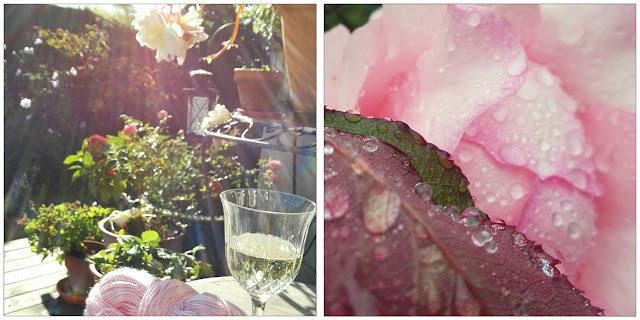 The beautiful weather lent itself to sitting on the deck relaxing at wine o'clock. Even when it rained (which only happened a couple of times) it was beautiful. The downside of course is that everything is very dry, and I find it hard to keep the garden well watered when I don't have that extra time in the evening to do it. 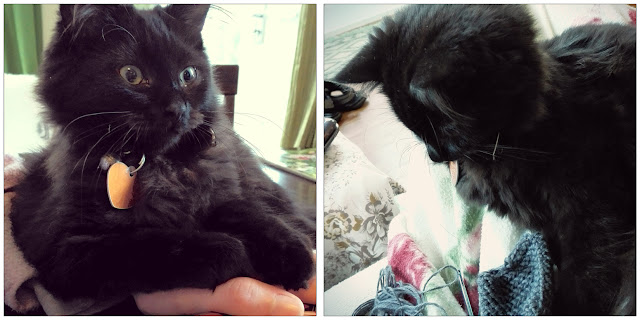 Kitten pics! Podrick often appears out of nowhere and flops himself down on me for a cuddle. In the above left picture, he is reclining on my left hand which was holding a book open. And in the above right pic, he flopped on top of my crochet. Luckily we all agree that kitten cuddles are much more important than anything else you could possibly be doing! 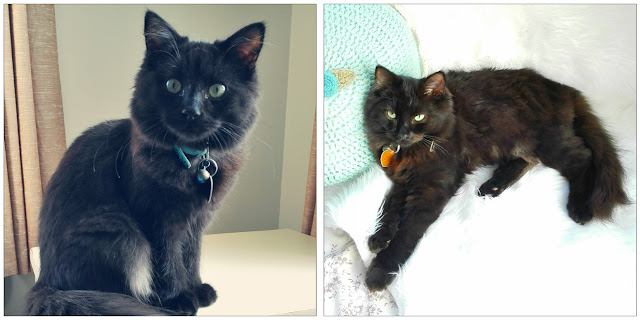 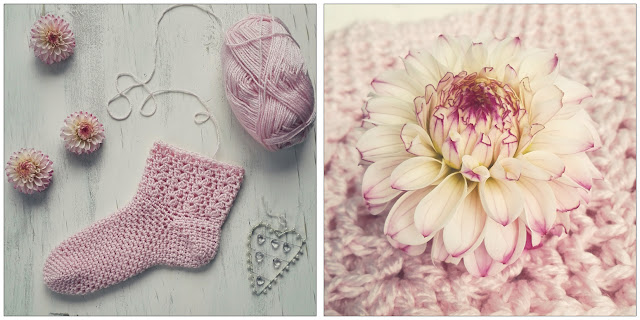 This month I crocheted a sock! I lost track of how many attempts it took... four? Five? But at last I made one that I could get on my foot. The really funny thing is, when I made Sock #2 to match I somehow miscounted the stitches even though I thought I had them right, and when I tried to put it on, it was significantly smaller than Sock #1. Hilarious! I may try again at some stage, as I really want to be able to make wearable socks. Apparently the type of yarn affects the stretch factor though... so practising with cheap acrylic may not have been the best idea. 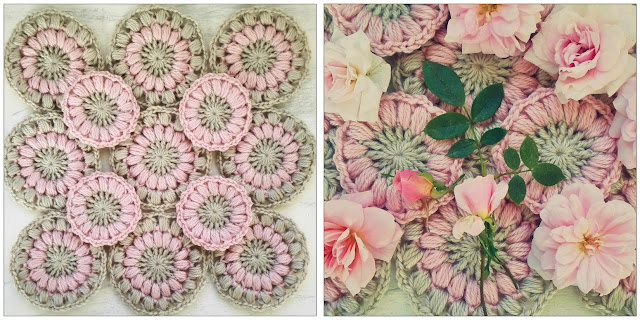 In other crochet news, I worked on the last colourway for my Circlepuff Squares blanket. The next step is to add the grey to make them square. 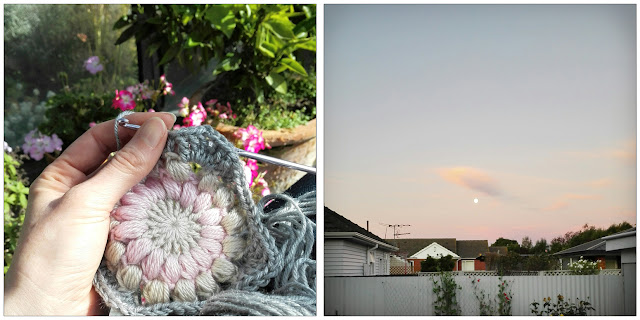 Here is a square being formed! And a shot of a particularly pretty moonrise one evening. 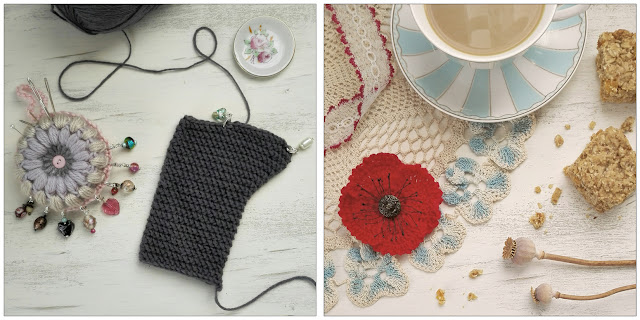 Oh, I also made a new pair of fingerless gloves. But they are currently stalled because I'm trying to come up with some embroidery designs for them. And I made this little poppy for Anzac day. 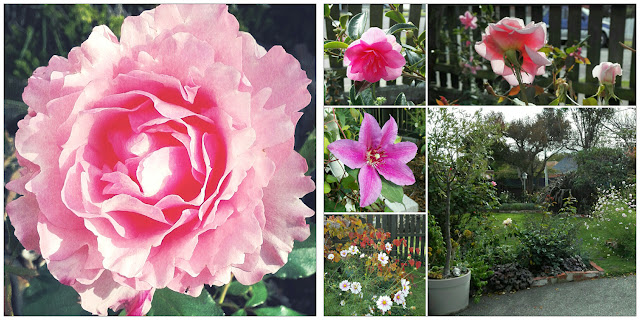 At the end of the month, the garden is looking full and floriferous! The first camellias are blooming, accompanied by the last roses, and even a late flush of clematis. I need to soak it in because winter is coming... but surely it's still very far away?
at 19:38 2 comments: