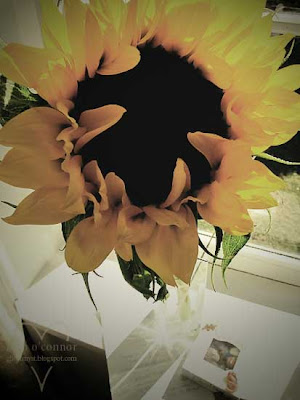 THINGS THAT MAKE MOVING EASIER
-A note of welcome from the previous owner.
-Discovering that we have moved into a good, old fashioned, friendly, everyone-knows-your-name neighbourhood.

NEW HOUSE
-Moved in, half unpacked, half settled (feeling a little bit more 'homey' every day, and less like I am staying in someone else's house!)

NEW GARDEN
-Left beautifully weeded and dug over, with some silver beet and strawberries already established.
-My transient pot plant garden is being slowly moved to new homes... some of the winter veg went in on the weekend, the rest are waiting for me to have a spare 2 hours of daylight...
-Established fruit trees - cherry, blueberry, lemon and olive, plus blackberry canes and a giant rhubarb patch.
-Glasshouse - oh the possibilities... 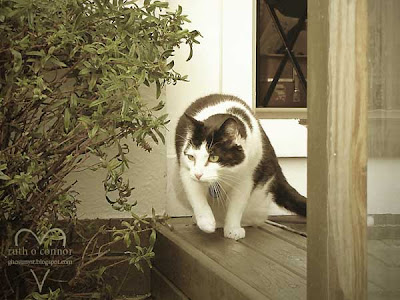 LUI
-Took a good week to adjust to the house before we could even consider letting him outside.
-Spent a lot of time hiding under the bed.
-Ventured bravely out on Saturday, has made several brief visits since then, but still prefers to be an inside cat.

CROCHET
-Incomplete. Sadly. I haven't touched it since moving day :( I am now officially Out Of Time to finish by my deadline...

STUDIO
-Neglected. Full of the boxes I don't want to unpack yet and not much else.

INJURIES SUSTAINED WHILE BIKING TO WORK
-1 skinned knee
-1 scuffed shoe
-1 punctured tyre
(I am not a useless cyclist, I hasten to point out! I slipped off the pedals because the gears were out of whack from being stuffed in the boot, and I count the puncture as a blessing in disguise, because it poured with rain the next day and I was given a ride!)

UPCOMING PROJECTS
-Be the official photographer at my brother's wedding this weekend.
-Frantically re-read all the "How to be a wedding photographer" websites I have bookmarked.
-Get my computer unclogged enough that it can handle mass amounts of photographs.
-Clear some space in the studio so I can fit an air mattress on the floor.
-Sleep. 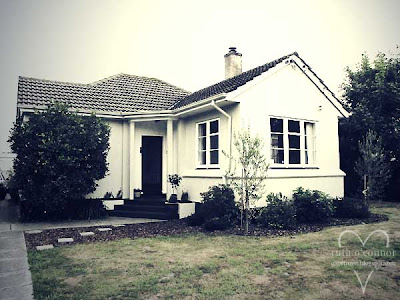 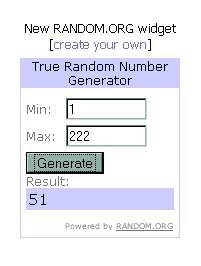 I have a winner for the print of Sweet House and matching ATC! It's #51 - Danielle! Congratulations - I will be sending out the prize as soon as the madness of shifting house has subsided!

For now, it's all go. We got our key yesterday so I've steam cleaned the carpets, and we've shifted several carloads of boxes into the garage to be sorted into the house as soon as the carpets are dry. Today I'm shifting the garden (all the potted plants that is) which is sure to be back-breaking, especially since it rained hard yesterday and overnight and they'll all be full of water...

Before I go I want to say a big thank you to everyone who left a lovely comment on my giveaway post. Thanks for all the well-wishes for the new house! You are all welcome to come around for tea and lemon cake :) But now it's time for me to go and load some pots and boxes.
at 09:50 No comments:

Labels: giveaway, one world one heart 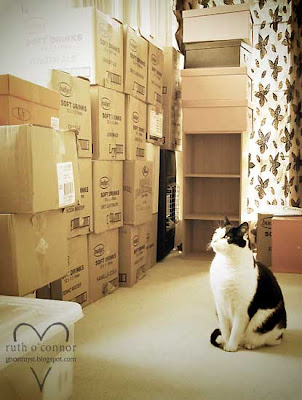 Or maybe someone is building a fort out of boxes! 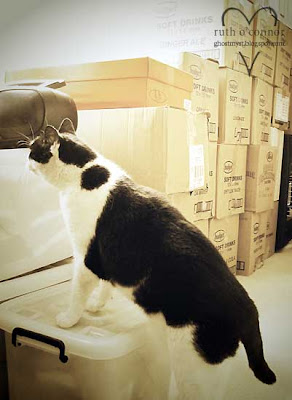 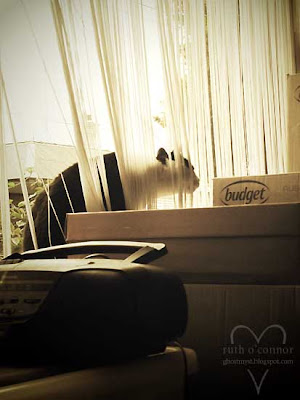 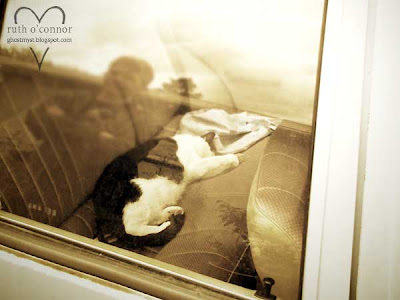 Never mind - I have a clever hidey hole. They'll never find me here!... 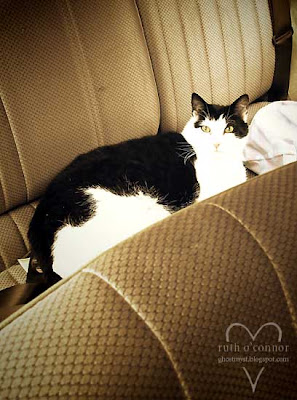 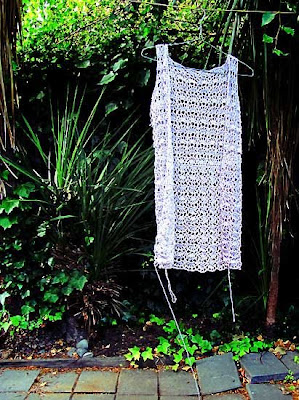 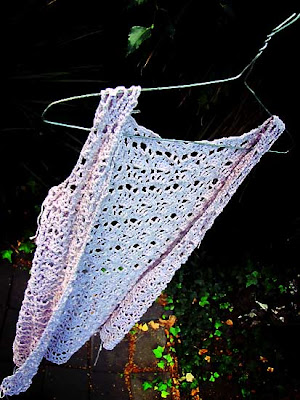 However. Yes, there is a however. My gauge is still not correct (in the excitement of it actually fitting I forgot to check this part) so, while it fits, my shells are a lot smaller than those in the pattern. That means I have to do more rows - many more - to get it to the right length, which I wanted longer than the original pattern in the first place. Which is where I'm at right now. I'm thinking two more repeats of the shell pattern might finally do it, and then I can start on the side/front patterning (more extra stitching will be required), and then the sleeves - I'm leaving them till last so it can be a sleeveless vest if I run out of time!

My deadline is March 1st. And I'm moving house this weekend. And I still have oodles of stuff to pack. And I've developed a cramp in my left hand which I'm worried will turn into RSI if I don't rest it, so I really need to take it easy on the crochet today. 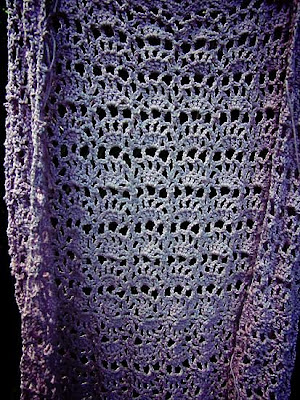 Still. It's going to be stunning when it's actually finished, isn't it?